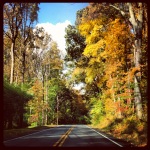 We’re hunkering down and preparing for Sandy. State of emergencies have been issued, people are running amuck through the grocery stores, people are buying the usuals (milk, eggs, water, gas)… and I’m sitting here eating and crafting. 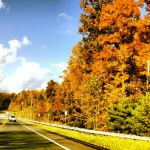 It’s crazy to think that within a few days, there will most likely be no leaves left on the trees after a gorgeous fall we’ve been having. THANKS A TON SANDY! So I gift you with these two pictures I have taken on my daily commutes of the awesome country leaves.

It’s definitely going to be an adventure.

With Halloween coming up, you know I have been crafting like crazy. I found a bunch of decorations from last years Halloween in a pumpkin in my cubicle closet and I may or may not have gone a little nuts in decorating it. One of my final crafts for the holiday was my “BOO” sign!

If I don’t post before Halloween day (most likely would be due to power outages and what not) have a BOOTY-full (as in candy… or boos… or booze… whichever you prefer) Halloween! ❤

And I decided to paint the middle O a different color… everyone thought I was doing some baller Orioles crafts (when we were ripping other teams to shreads, O’s had a great season!) but no… Baltimore is just cool enough to have Halloweeny colors for sports teams 🙂 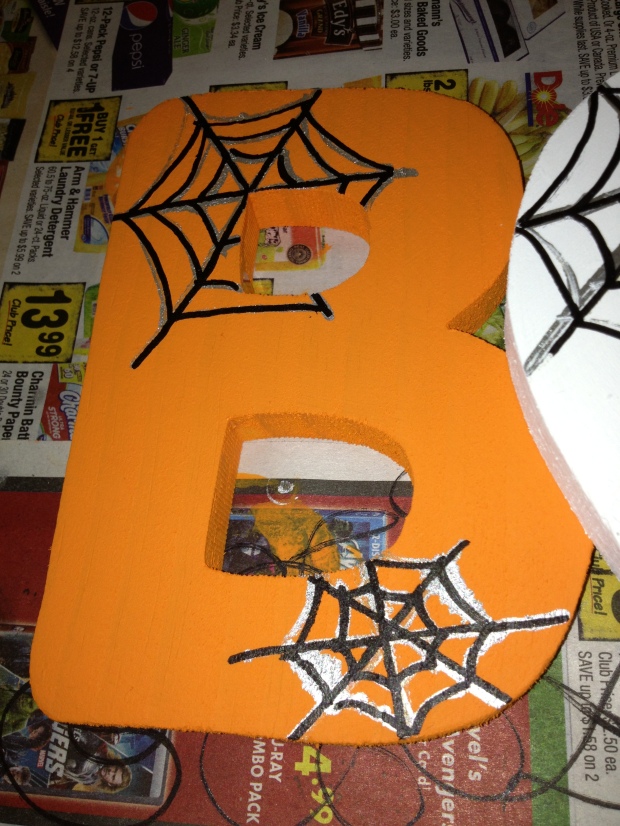 This is a close up of the detail. The silver pen I used decided to explode, so the letters got all wonky looking. But I like the effect with it being the shadow of the black webs. 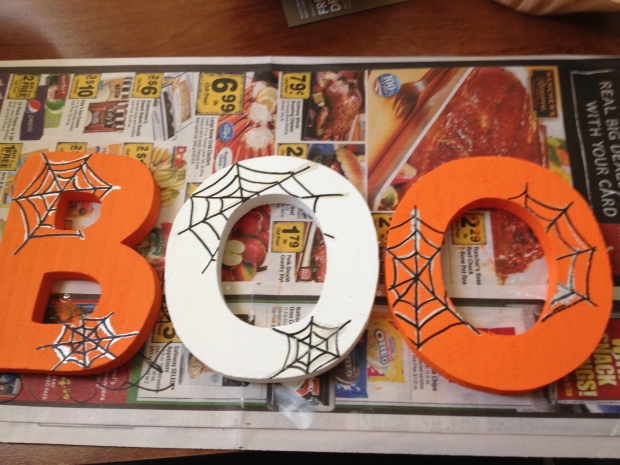 I coated them a few times with some mod podge and then some spray to “seal” the deal. (ha, you see what I did there?) After they dried I glued them all to a black ribbon.

I had bought a little bat a few days before at Michaels for $0.50 and decided it needed a bit of glitter 😉 I used an old sponge brush handle for the rod to hang the ribbon from, and then tied a piece of white ribbon use to hang the whole thing on a hook.

In transit to the office, the glitter also decided to get all over the letters. I was a tad sad about this.

But now it’s hanging up outside my cubicle!

And my mummy wreath (to which everyone keeps calling a ghost…) came along for the ride too!

So there you have it. I already have the Christmas crafts on the ready for my cube! Our row is starting to look like the bedazzled houses of Baltimore City. 🙂 I personally like the homey touch.

Again, until next time! And if you are in the path of Sandy, stay safe! Just “Keep Calm and Craft On“!

3 thoughts on “DIY: Have a BOOty-full Halloween!”